An art installation and performance broadcast by Leah Schrager

The first installment in “The Artist is F#cked” Series at the newly launched Bedroom Gallery, NYC 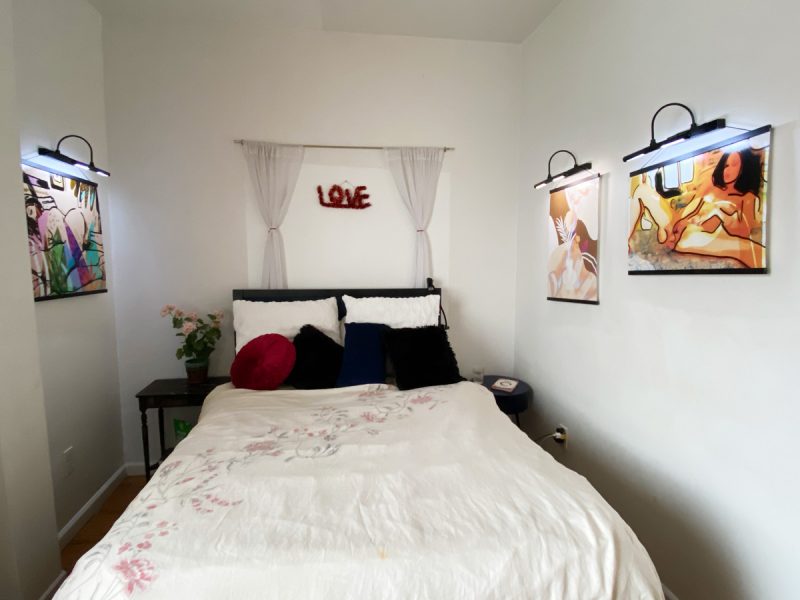 Artist Leah Schrager, whose online persona @OnaArtist has 3.8M Instagram followers, has found a novel way to deal with the fact that Art Basel Miami won’t be happening this year: she’s turned her bedroom into a gallery, hung her own works on the wall, and on December 3, 2020, on what would be the major art fair’s opening night, she’ll be video recording a private opening in which she discusses the works and has sex with an “objectified anonymous male” on the bed. She’ll then be uploading the video to her OnlyFans where subscribers can watch it and also collect the pieces at a reduced price. A virtual tour of the gallery can be found here: http://www.leahschrager.com/bedroom-gallery.

“Before Covid-19, I was selling at art fairs, in galleries, and to select buyers, but then everything crashed. My gallerist went out of business, several dealers won’t pay me what I’m owed, and the art fairs have been cancelled. I’ve really been struggling just to pay rent in NYC, and the lack of opportunities to show my art in public has been super depressing and demoralizing. So I had to do something to solve both those problems, and that’s how ‘The Artist is F#cked’ was born.”

This inaugural show in what Schrager plans to be a multi-installation series is entitled “My First Time” and consists of digital prints that use photos and video stills from her OnlyFans as base images that are then artified using stock decorative montages. As she says, “I wanted to play with the challenge of creating works that collectors can put on their walls but that also contain a hidden, subversive sublayer which, if looked at closely, reveals itself to the viewer. So, in a sense, it’s a metaphor for OnlyFans itself: the overlay is the pay wall, but if you put in the labor, aka money, you get to see the thrillingly sensual and often socially prohibited content behind it.”

OnlyFans has become a popular and important way for unemployed workers to make a living during the pandemic, and Schrager’s excited for its potential to reinvigorate both her income and her art career. “I called it ‘The Artist is F#cked’ both as an homage to Marina Abramovic’s ‘The Artist is Present’ and because that’s how it feels right now. But if I can reclaim the phrase and actually monetize getting f#cked by using my bedroom to replace what are now empty and even forbidden spaces of artistic and commercial opportunity, then I will have scored a small victory for myself and others in these challenging times.” 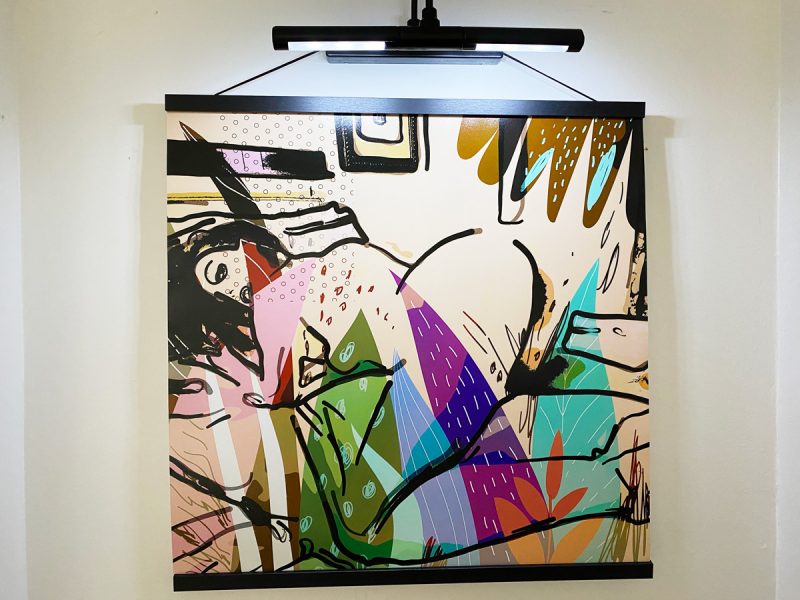 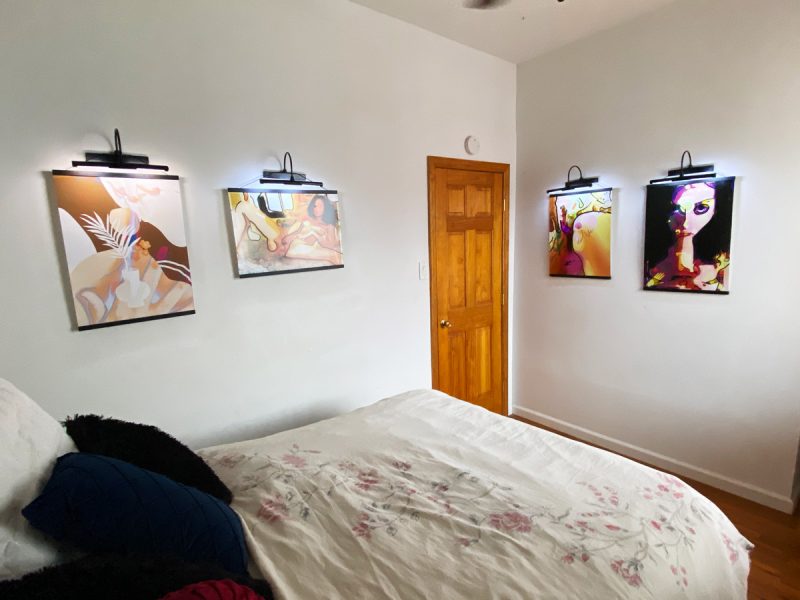 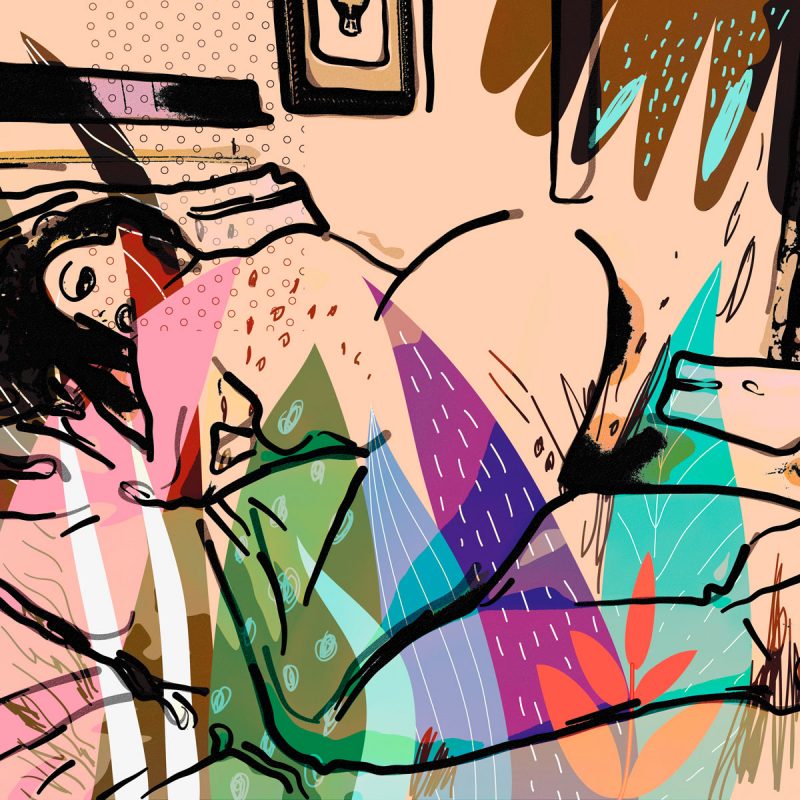 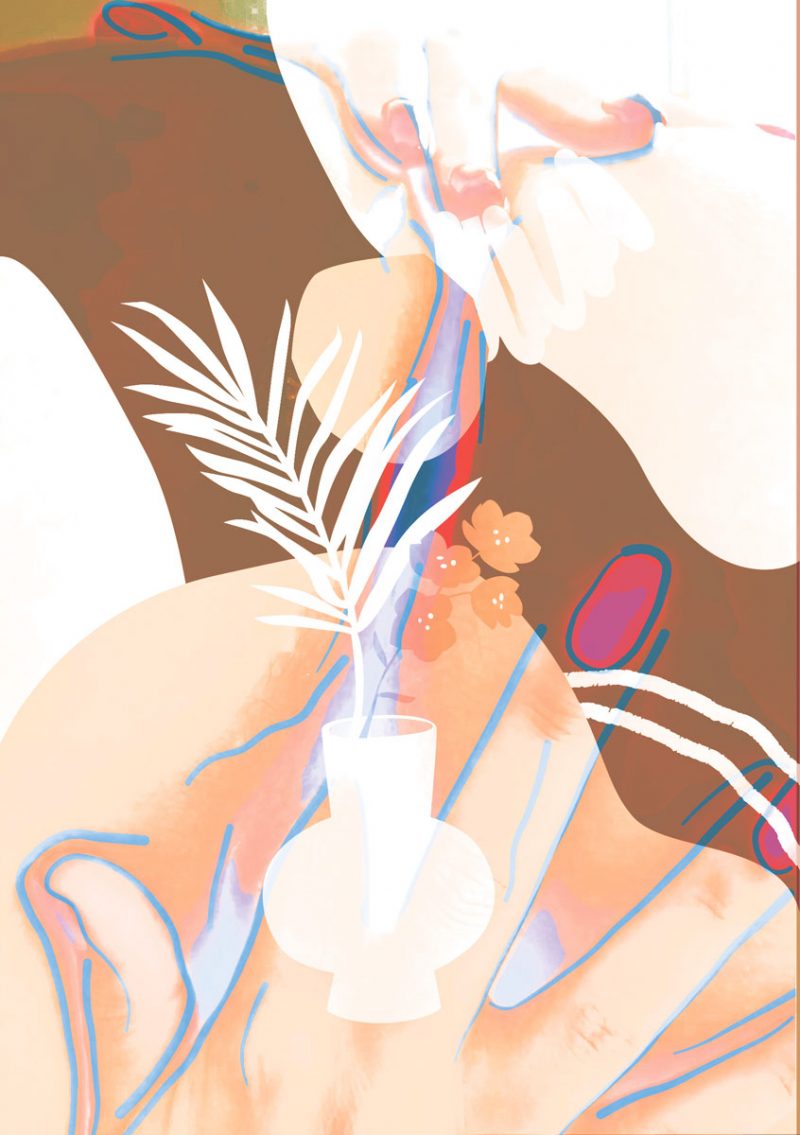 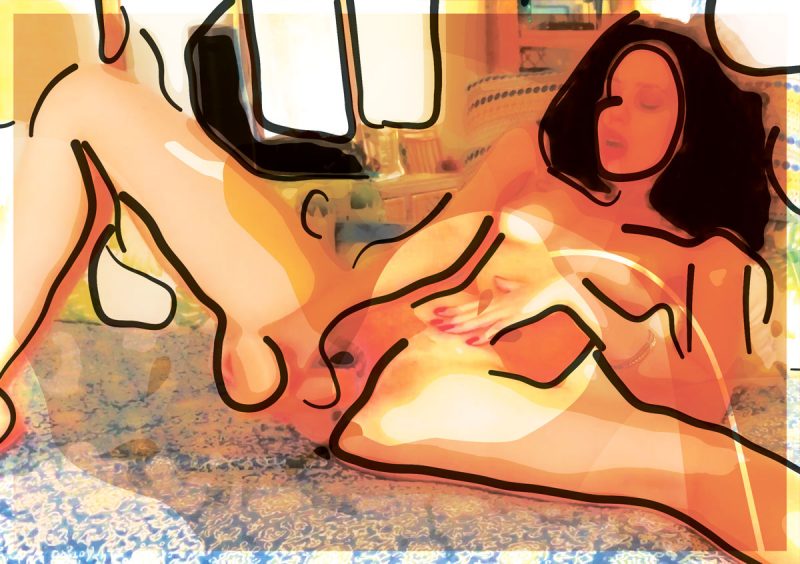 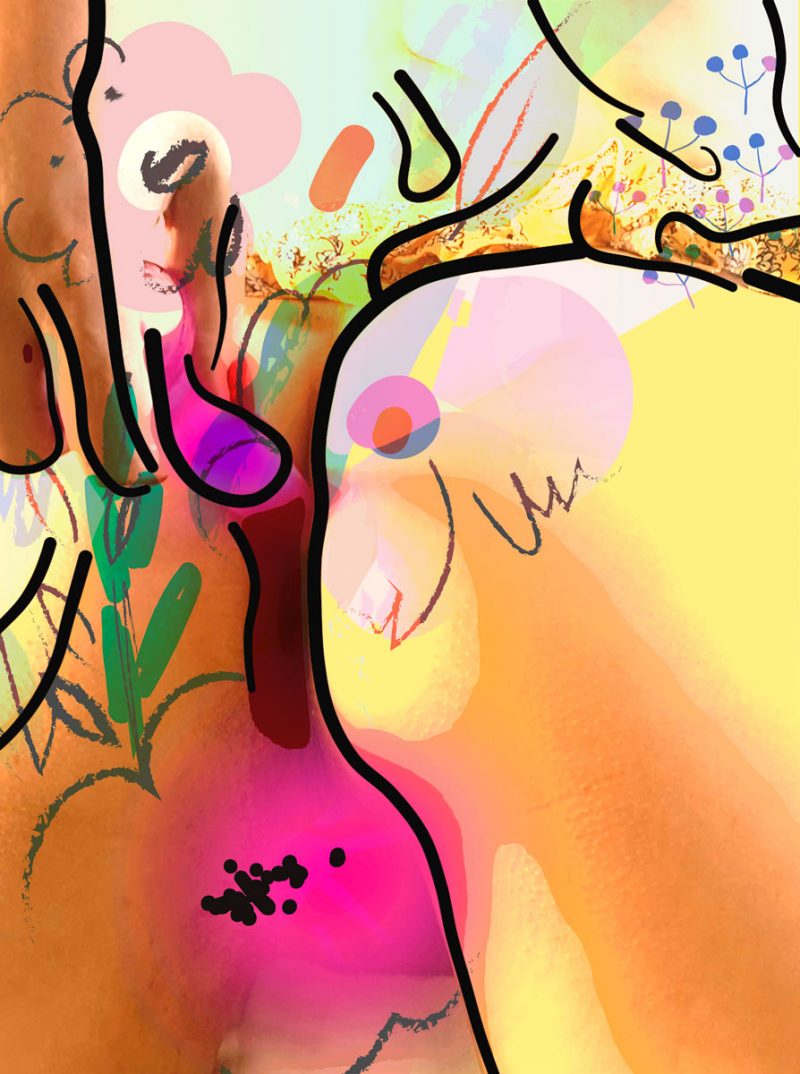 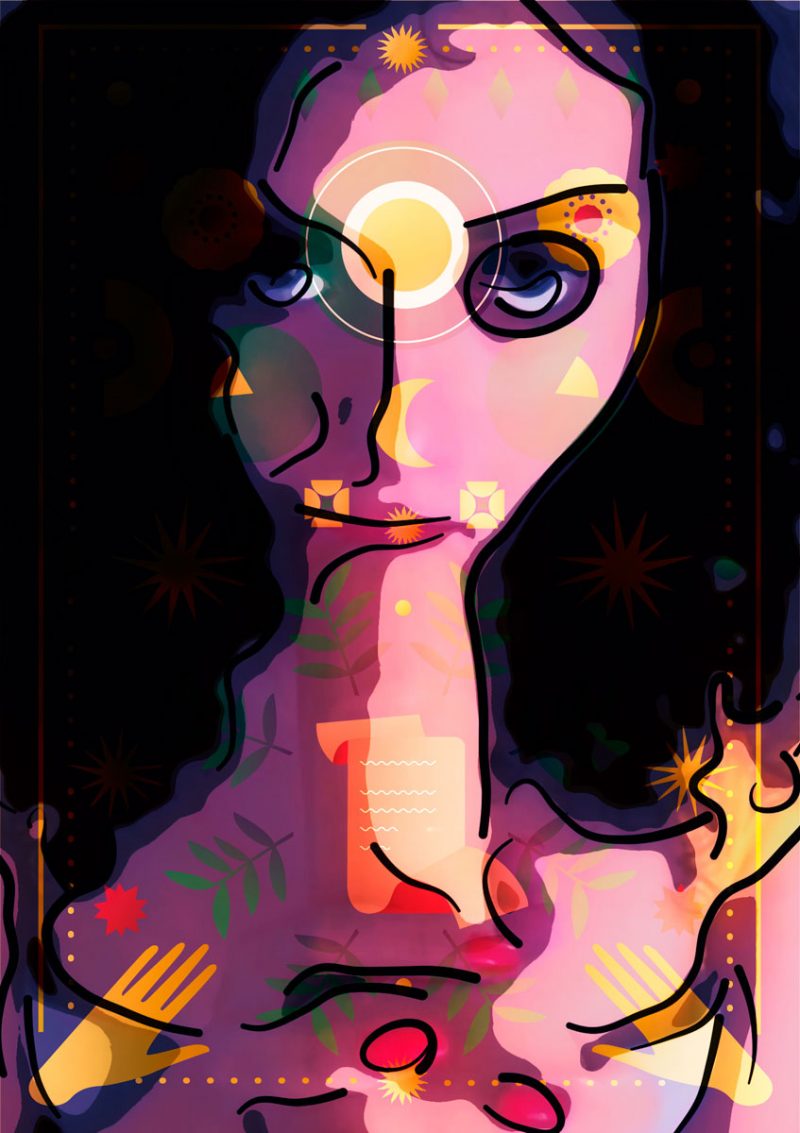 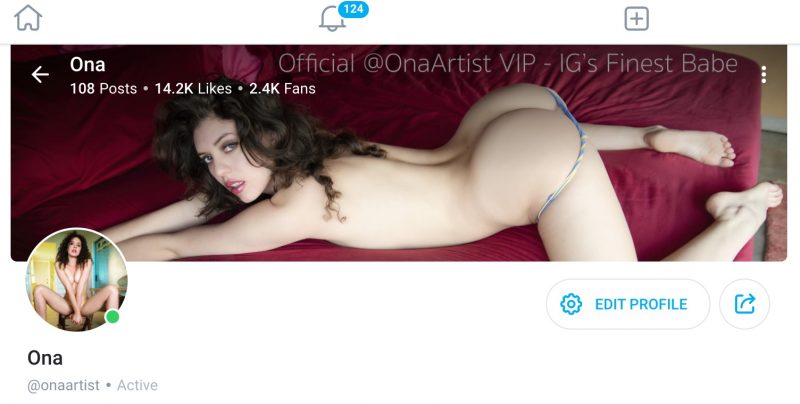